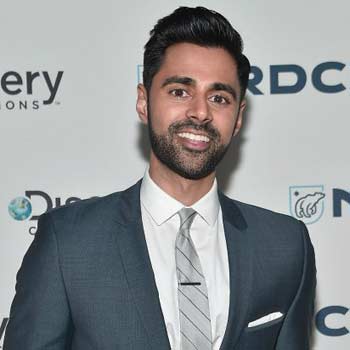 Hasan Minhaj roots were from Muslim family originally from Aligarh and Seohara, Bijnor Uttar Pradesh, India. His father Najme is a chemist whereas his mother Seema is a physician. His parents have immigrated to Davis, California, where Minhaj was born and raised. He graduated from University of California, Davis, majored in political science.

Hasan Minhaj wowed the audiences with his comedic skills for almost one decade. Aside from stand up comedian, he successfully established himself as actor and voice artist. To date, he starred in more than 15 films and television series. He is enjoying the net worth of $3 million as per the reports of the Celebrity Net Worth.

Hasan Minhaj married his girlfriend, Beena Patel after having a long affair in 2015. The couple met when Minhaj was the student at the University of California. Currently, their love life is going as smooth as silk. They welcomed their first child, a baby girl, on April 22, 2018. His wife Beena is a philanthropist and obtained a Doctor of Public Health in 2013 and since has worked with homeless patients and holds the position of Management Consultant for MedAmerica.