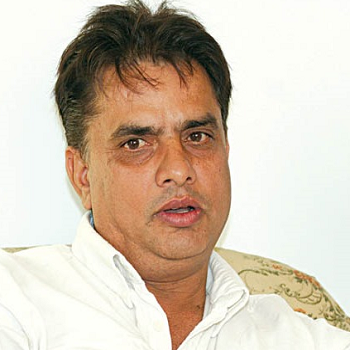 ...
Who is Hari Bansha Acharya

Hari Bansha Acharya was born on November 13, 1958 in Gairidhara, Kathmandu, Nepal to father Homanjaya Acharya and Mother Ganesh Kumari. He started his career from 1974 A.D

He is one of the most successful comedian of Nepal so we can assume he has good sum of net worth. Lal Purja, Pandra Gate, Kantipur are some of his famous television programs and too.

He married Meera Acharya in 1983 and has two children named Trilok Acharya and Mohit Acharya but she died in 2011 due to stroke. Ramila Pathak is his present wife.

Hari Bansha Acharya is an Ambassdor of UN World Food Program for Nepal. He has won many national awards.

Rumor was the bond between Madan Bansha Acharya has been broken and also seen alone in some programs.