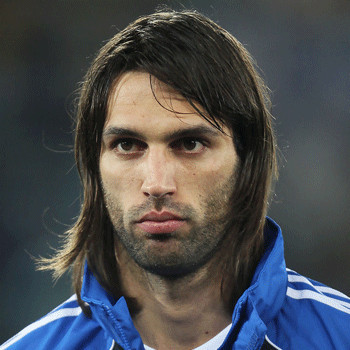 ...
Who is Giorgos Samaras

He was born in Heraklion, which is the capital city of the Greek island of Crete. In 1994 when he was just 10 years old he joined OFI Crete. Later in 2001 he left OFI Crete and joined Eredivisie club Heerenveen.

Beside football he has keen interest in playing basketball. Interesting fact is that his father also used to play for the same club OFI Crete and retired in 1996. Therefore he highly credited his father for helping in his football career.

Regarding his personal life he is engaged with his current girlfriend who is also Greece TV personality namely Katernia Kainourgiou. He has also affair with Greece model named Alexandra Loizou but later the couple broke up.

He is individually honored with SPL Player of the Month and also Celtic Supporters' Player of the Year in 2012/13. He was also crowned as 2014 FIFA World Cup awards Man of the match Greece vs Ivory Coast.

Despite of being good player he is highly criticized for his weakness in headers.