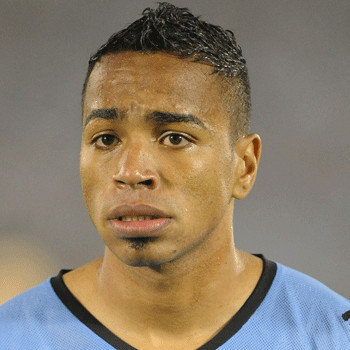 ...
Who is Alvaro Pereira

He was born in Montevideo, though he used to play with amateurs he started his early career in 2003 with Miramar Misiones. Later, he joined Argentinos Juniors, where he became the team's top goal scorer in 2007.

On 19 November 2008, he made his debut for Uruguay against France. He got selected in 2011 Copa América in Argentina, as a first-choice and scored two goals in the group stage.

He scored his first international goal in a friendly match against Libya in Tripoli where team won with 3–2 win. Being one of the successful players, his current market value is 6,00 Mill. €.

These days Pereira is linked to Liverpool and Chelsea he might be in one of the club's squad this season.