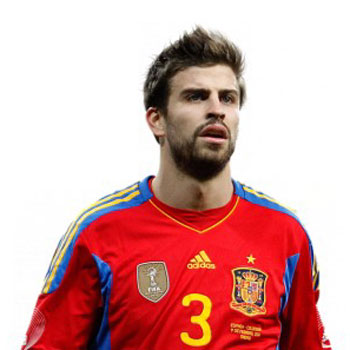 Born and grew up in Barcelona,Spain from parents Joan Pique and Montserrat Bernabeu.He has a younger brother named Marc.

He has an estimated net worth of 40 million dollar.Gerard initiated his playing career at the age of 10 with the team Barcelona.

Gerard is living happily together with girlfriend singer Shakira and they are blessed with two children Milan Pique and Sasha Pique.

He is rumoured to be transfered from Barcelona team.