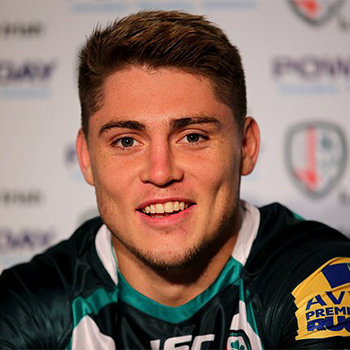 O'Connor was born in Australia on the Gold Coast, lived in Auckland for five years attending Rutherford Primary School. He became a boarder at Nudgee College in Brisbane's northern suburbs.

He became the youngest Super Rugby debutant ever at age 17, and the second youngest Wallaby in Australian rugby history at age 18. He is a versatile 'utility back'. O'Connor was a participant in the second season of reality competition series Australia's Greatest Athlete.

His parents were from New Zealand, while his grandparents were from South Africa. In 2006 he suffered a ruptured spleen but went on to be part of the Australian Schools representative team.

O'Connor has been involved in a number of controversies. in September 2013, he was stood down from the Wallabies following an incident in which he was removed from Perth airport by Australian Federal Police. As a result, O'Connor missed the final two matches of the 2013 Rugby Championship and was released from his Wallabies contract by the Australian Rugby Union.