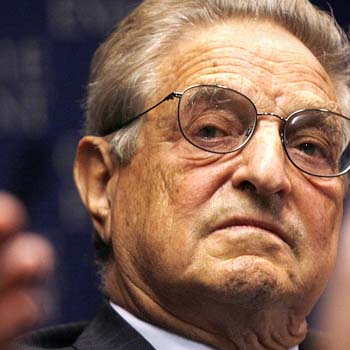 George Soros is Hungarian-born American business magnate, investor, author, and philanthropist. He is a founder and chairman of Soros Fund Management and the Open Society Foundations.

Soros was born in Budapest, Hungary to Elizabeth and Tivadar. In 1951 Soros earned a Bachelor of Science in philosophy and a PhD in philosophy in 1954, both from the London School of Economics.

Hungarian-American financier, businessman and notable philanthropist, George Soros, has a net worth of $26 billion. Soros is one of the 30 richest people in the world. He is known as "The Man Who Broke the Bank of England".

Soros was first married to Annaliese Witschak in 1960 and separated in 1983. They have 3 children together. He married his second wife Susan Weber in 1983 and divorced in 2005. They together have 2 children. He then married his current wife Tamiko Bolton on September 21, 2013.