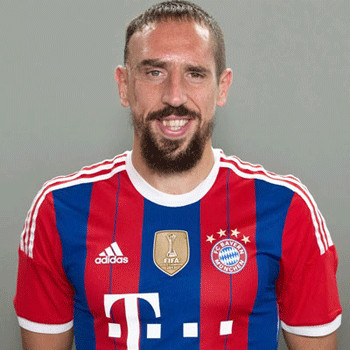 ...
Who is Franck Ribery

He was born in Boulogne-sur-Mer, France. His birth name was Franck Henry Pierre Ribéry but after his conversion to Islam religion he changed his name to Bilal Yusuf Mohammed.

It is said that he has a net worth of 33 million Euros and the salary of 11 million Euros. He has maintain his body weight to 72 kg.

He is a married man. He is married to Wahiba who is a French national Algerian descent. This beautiful couple has got two daughters and one son.

He was called as “the Jewel of French football”. In Ligue 1, he has became player of the month, year many times. He has won the FIFA Club World Cup Golden Ball in 2013.

It was rumored that he was involved with the minor age prostitue.