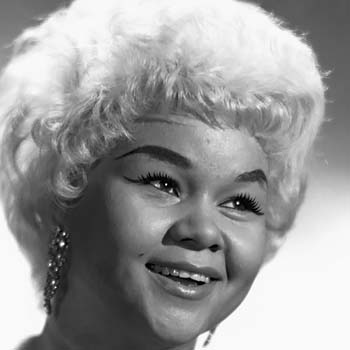 Born as a Jamesetta Hawkins popularly known as a Etta James was a Grammy wining multi genre singer from America. She was better known for solo career and giving numerous hit singles.

She was trained with vocals at age five from James Earle Hines. She was raised by her foster parents. Her foster father always forced her to sing at dawn and because of his fear she bed wetted and drenched in her urine. Later after death of her foster mother she moved Fillmore district with her biological mother and met Johnny Otis who helped her singing career.

The famous versatile singer has a net worth of $16 million. Because of her vocal talents, once she had been regarded as the most talented and overlooked blues and R&B musicians in the music history of the United States.

James was married to artist Milss. They both were a heroine users and arrested for a heroine possession.The couple have two kids. Previously she had a relationship with Harvey Fugua.

She has received many prestigious awards in her life time. To name them they are Grammy Awards, Grammy Lifetime Achievement Award, Grammy Hall of Fame Award, Hollywood Walk of Fame, Rock and Roll Hall of Fame and others.

She was in a serious heroine addiction, which created her many troubles. Her husband was sent 10 years jail sentence after both of them caught while possessing a heroine. She was sent to rehabilitation center for numerous periods. But her abusing habit never gone.