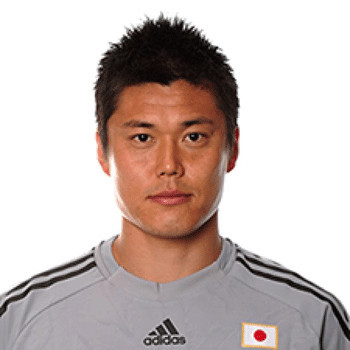 ...
Who is Eiji Kawashima

He was born in Yono, Saitama, Japan. He completed his higher studies from from Yononishi Junior High School and Urawa Higashi High School, where he used to play football in amateur football teams. Beside football he was talented in his study too.

Eiji is multilingual i.e. he can speak four different language fluently: Japanese, English, Italian and French. He is youngest brother of his one older brother and one older sister.

He is married to his girlfriend who is half Japanese and half Colombian. Though her name has not been disclosed by him yet, according to him they were dating since 2013.

He is individually honored with the J. League Best Eleven award in 2009 and in the same year he was also awarded with J. League Fair Play Award. In 2011 he was also declared as the man of The Match in the final of AFC Asian Cup.

There was a rumor that he was very eager to join Urawa Red Diamonds but due to his failure to join the club he was instead signed by club Omiya Ardija.