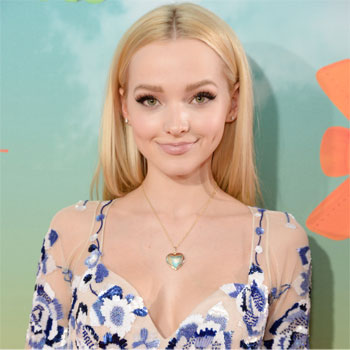 Born and grew up in Seattle,Washington from parents Philip Alan Hosterman and Bonnie Wallace.Claire Hosterman is her older sister’s name.

She has an accumulated net worth of three million dollar.She made her stage performance at the age of 14 by singing.

Dove was engaged to her longtime boyfriend actor and singer Ryan McCartan and later got splited.There is no information regarding her current boyfriend.

Got nominated in Teen Choice Award.