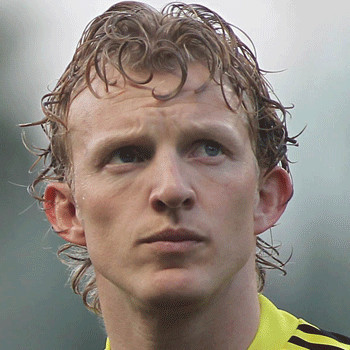 His father was a fisherman so he did not had such a luxurious childhood. His football career begun at the age of 5 by joining the local amateur team Quick Boys.

In the 2010 World Cup qualifiers, he scored three goals. His professional football career began with Utrecht football club. He recently retired from playing International football. He is one of the richest dutch player.

He married to Gertrude Kuyt on June 6th, 2003. This happily married couple has four children named Roan, Aidan, Noelle, and Jordn. After getting huge responsibilities of children she left her job.

He has never been to such a controversy that has let his stardom down.