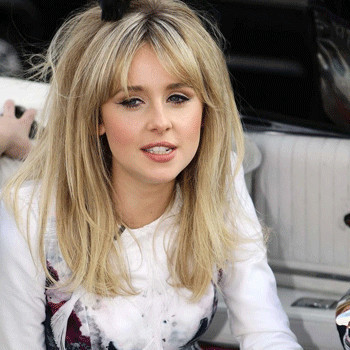 ...
Who is Diana Vickers

Studied A Levels at Westholme School in Blackburn in Theatre Studies, Classics and Psychology at. Learning singing lessons and been participating in local competitions since she was 11.

Currently in relation with George Craig, who is the ex-boyfreind of Emma Watson. Had dated Eoghan Quigg in 2008 but got separated a year later.

Winner of the "London Newcomer of the Year" award at the Theatregoers' Choice Awards in 2010. Owns a clothing line titled "Dee V". Involved in different charity programs.

There is no any rumor available on her so far.