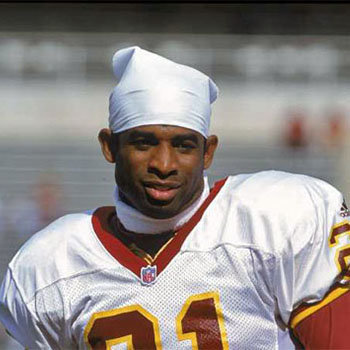 ...
Who is Deion Sanders

He was born in Fort Myers, Florida, United States of America. He was born on 9th of August 1967. He was born to African and American parents.

At the end of 1980s, he got married for the first time in his life with Carolyn Chambers. This married life ended in a divorce in 1998.

In 2011, he was introduced into the Pro Football Hall of Fame.

At the end of 1994, he released an album under the title Prime Time.