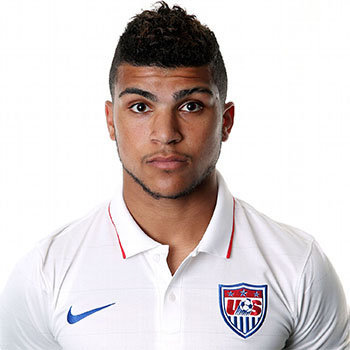 ...
Who is DeAndre Yedlin

Born in Seattle, Washington as a son of Larry Rivers Jr. and Rebecca Yedlin. He has one young sibling named Jenea. He enrolled at University of Akron and also played soccer there.

Also regarded as the United States under-20 squad while playing in 2013 FIFA U-20 World Cup and billed as MLS All-Star team. He weighs 68 kg. At age 4 he started to play football.

Hot and beautiful Mackenzie Schoener is his girlfriend. They are dating eachother from a very long time. Seems like they really enjoying their love life.

He had been honored as U.S. Soccer Young Athlete and MLS All-Star in 2014.