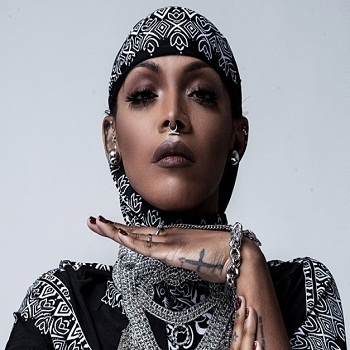 Richard was born in New Orleans. Since her early age, music has played an integral part in her life. Her father is a former lead singer and her mother owned a dancing school from where she developed her skills at choreography and singing.

On her early age, Richard performed with a local New Orleans group. While live performance at Tipitina's, she was discovered as a solo artist by Kemic and was soon signed under the name "Dawn Angelique" to an exclusive recording contract.

During the series "Making the Band 4" her relationship with Day26's Qwanell Mosley grew, and they entered into a romantic relationship but it lasted for five years only.

The album Goldenheart released on 15 January, 2013, received universal acclaim from music critics. Her next album Blackheart was peaked at number two on Billboard's Dance/Electronic charts on 2015.

Some people claim that there's something she has changed in her face but Richard has neither denied nor accepted about the plastic surgery. It has been a rumor about her.