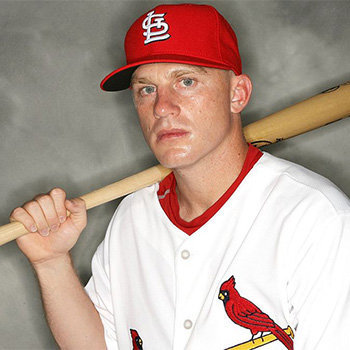 ...
Who is David Eckstein

He was voted Most Helpful in his high school class at Seminole High School in Sanford, Florida. His older brother Rick Eckstein is the hitting coach for the Memphis Redbrids, the St. Louis Cardinals' AAA farm club.

David Eckstein was engaged to actress Ashley Eckstein on February 4, 2005. On 26 November 2005, they married at his family church in Sanford, Florida, followed by a reception at Walt Disney World. There is no information about their children.

Eckstein won the 2006 World Series Most Valuable Player Award. In 2006 he was the winner of Babe Ruth Award. He was an Inaugural winner of the Major League Baseball Players Alumni Association's Heart & Hustle Award (2005)