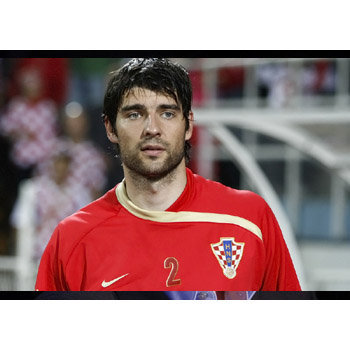 ...
Who is Vedran Corluka

He was born in Derventa, SFR Yugoslavia in the Corluka family. His father name was Jozo Corluka and mother name was Anda Corluka. He graduated from Dinamo Zagreb Youth Academy.

He is a defender of a weight 82 kg. He had made a tattoo on his right hand. He started his professional career in 2003. He has a salary of 2 million EUR.He made his international debut on 16th august 2006.

Regarding to his personal life, he has a girlfriend name as Iva Buzov and this couple are in a relationship since four years and they are planning to marry.Except this he was also linked other ladies.

He won several cups and rewards like Croatian Cup 2006–2007 and Croatian Supercup 2006. He also represented his country at 2014 FIFA World Cup.

There is a rumor that he had left his girlfriend because of her mischief Behaviour.