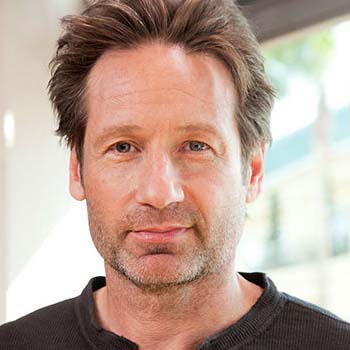 ...
Who is David Duchovny

Dunchovny has the net worth of $60 million dollars and his salary is $225,000 per episode in TV series. "Hell Or Highwater" is his first album and has 12 songs which was released in March 2015.

Duchovny married actress Tea Leoni on 6 May, 1997. They have two children: first daughter, Madelaine West Duchovny in April 1999 and a son, Kyd Miller Duchovny born in June 2002. They divorced on 14 June, 2014.

David William Duchovny is the first actor to win Golden Globe for both TV drama and TV comedy.

There's been a rumor about him of being sex addict.