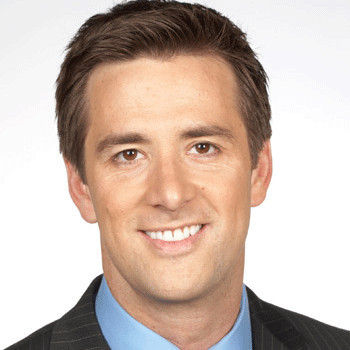 Born on October 11, 1976, Briggs obtained a degree in Broadcast News from the University of Colorado at Boulder and did some sports anchoring in his early days.

Dave is known to have a huge fan following, a high net worth and a huge annual salary. His shirtless pictures always circulate widely around the internet.

Married to Brandi Briggs, Dave is the father of daughters Emerson and Logan and son William. The couple seem to be doing fine and no news about them splitting up has ever come up.

Dave Briggs has also worked as sports anchor for channels like KOKI-TV Fox 23, WHDH TV and Comcast Sports Net New England along with Fox and NBC.

Highly liked and respected in his profession, Briggs hasn't till now been a part of any controversies and no rumors surround his sexuality and personal life.