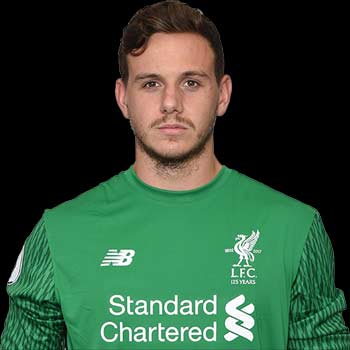 Grew up with the passion of football, he started his youth career with Wrexham Association football club in 2007. He later joined senior team of Wrexham, where he played for one season.

On 30 January 2012, it was announced that Liverpool had signed Ward for a fee of around £100,000. On 23 June 2015, Ward signed a new five-year contract at Liverpool, keeping him at the club until 2020. As an international player, he represented Wales at under-17, under-19, and under-21 level. He made his senior debut as a half-time substitute for Wayne Hennessey in an international friendly against Northern Ireland on 24 March 2016, conceding to Craig Cathcart in a 1–1 draw at the same ground.

Danny Ward is quite shy when it comes to his private life. He has not shared any of info about his girlfriend, relationship, and dating history. Currently, he is in an affair with Re

Danny Ward was the member of the Liverpool Fc that stood runner-up in the UEFA Europa League 2015–16. He also won the Championship Play-Offs with Huddersfield in 2017.