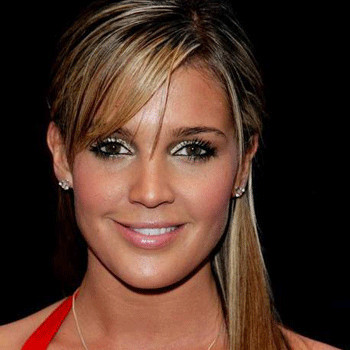 ...
Who is Danielle Lloyd

Claimed that she was bullied in school but the headmaster Chris Yates of St Hilda’s School rebutted these claims.After graduating from school, she began modelling and learnt beautician specializing in massage.

Stripped off from her Miss Great Britain 2006 title after she posed nude for Playboy magazine but reinstated it in 2010.

Married Jamie O'Hara in 2012 and has three children from him. Has recently filed for divorce. Had previously dated with Teddy Sheringham,Marcus Bent and Jermain Defoe. Had once engaged to DJ Ironik.

There was rumors that she went through breast implants which she confirmed to be true and did plastic surgery for three times.