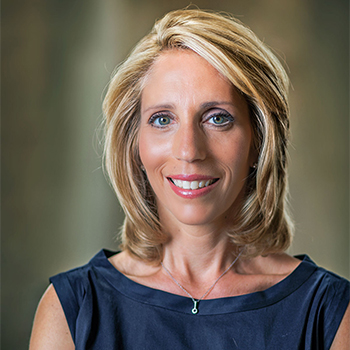 Born under a Jewish family, Montvale, New Jersey, she attended Pascack Hills High School and got her bachelor's degree in political communications from George Washington University.

A 44 year old lady, has well maintained her physique. She is skinny and looks talk in her uniform. She initiated her career as a library assistant in CNN.

Before marrying John King she was married to Jeremy Bash. But they ended their nine year  relationship. She has one son from king but unfortunately they divorced.

This beautiful lady was honored by Elle Magazine, during its annual "Women in Washington Power List" at Italian Embassy in the United States.