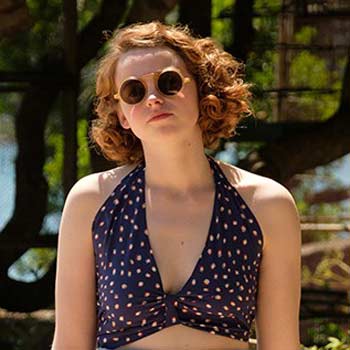 ...
Who is Daisy Waterstone

Daisy Waterstone was born and raised in Hammersmith, London. She is the daughter of film director and producer Rosie Alison and bookshop chain owner Tim Waterstone. She went to Francis Holland School for girls, situated in Central London. She later took three-year foundation course at the Cambridge School of Visual and Performing Arts before moving on to her acting career.

Daisy Waterstone acting career started on stage at The Old Vic as Susanna Walcott in Yaël Farber's production The Crucible and also portrayed the role of Emma in Rules for Living at the Royal National Theatre. In 2015, she had a small part in Cyberbully and Dark Was the Night. The same year, she was cast as Margo Durrell, the main character in the family comedy-drama series The Durrells. Her net worth is under review.

The 23 years old, Daisy Waterstone is unmarried and has no children. Despite being such a famous star, she has easily managed to keep a low personal profile. She has never revealed any info about her affair and boyfriend to the media.

Although there are no awards accounted to her name, she is sure to earn some applause in the days to come.