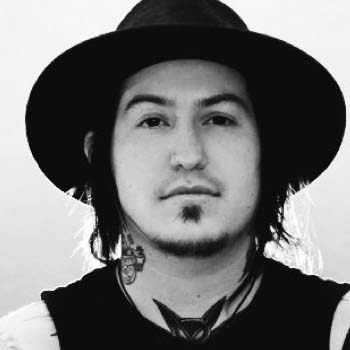 ...
Who is Craig Mabbitt

Craig was born in Glendale, Arizona, USA as Craig Edward Mabbitt to the parents Robert and Margaret Mabbitt. In his early childhood, Mabbitt required a breathing machine as a result of severe asthma. He also had to attend a special class due to a speech impediment.

Craig was formerly the lead vocalist for the bands Bless the fall and The Word Alive. He is also the current lead vocalist of a side-project band, The Dead Rabbitts, along with Escape the Fate's rhythm guitarist, TJ Bell.

Craig has a daughter named Leila Rose Frosinos-Mabbitt (9 years old) who was born in 2007 while Craig was on tour with blessthefall. He is in a relationship with Shayy who he wrote his single Gorgeous nightmare for. He also has a son with her, Caige Michael-Edward Mabbit (2 years old).

Craig as not been able to won any award though has been popular through his band, Escape the Fate.