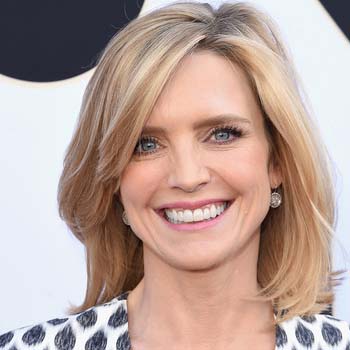 ...
Who is Courtney Thorne-Smith

She was born on 8th of November 1967 in San Francisco, California, United States. She has one sister named Jennifer Smith. She spends her childhood days in Menlo Park.

Her first married life with Andrew Conrad lasted for few months. She is now married to Roger Fishman. He is an author. She is a mother of a son.

She has once been crowned with Screen Actors Guild Awards.

She was also engaged to Robert Andrews.

Elsa Cocquerel is an Australian actress who rose to fame after appearing in the movie "Newness" (2017) and tv-series "Wolf Creek" (2016). She is one of the members of a famous Cocquerel family.

Robin Curtis is an American real estate broker and actress. She is most notable for replacing Kirstie Alley in the role of Vulcan Lieutenant Saavik in the films Star Trek III: The Search for Spock and Star Trek IV: The Voyage Home.