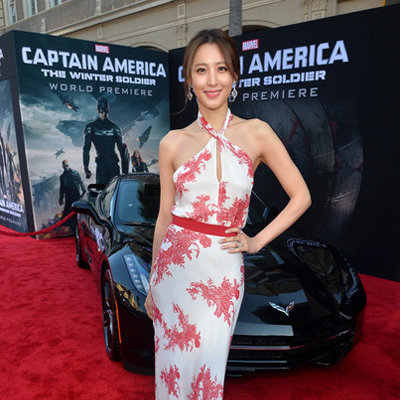 She was born in South Korean to Korean parents. Her parent’s information is not provided in internet. She studied at the Ewha Womans University. She is also called by her other name as Uriel.

Her birth name is Kim Soo-hyun. She belongs to Asian ethnic background. In 2005 she took part in modelling contest eventually which she won. She spent her childhood in New Jersey for six years.

Although she is famous, she have managed well to keep her personal life secret to public. She is not married. There is also no any information about her affairs, boyfriends, past relationships etc.

She won Korea-china Supermodel Contest in a first place in 2005. She was awarded with SBS Drama Awards as New Star Award for Queen of the Game in 2006. In 2012 she won MBC Entertainment Awards for her performance in Standby.

She was rumored to made mistake in the sets of Avengers: Age of Ultron.