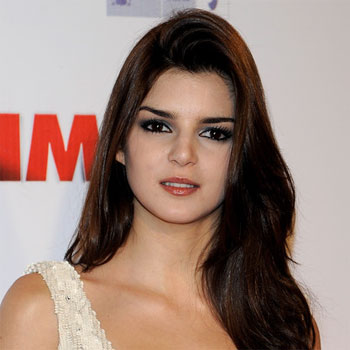 Grew up with the passion of acting, she made her cinematic debut at the age of nine, with the Spanish movie, Terca Vida. The same year, she appeared in Spanish tv series, Compañeros

She acted alongside with American actor Matthew Fox, in the movie Welcome to Harmony. Her acted comedy movie, Spanish affair, had the largest box office earnings of any Spanish film in history. According to some online sources, she has a staggering net worth of $0.5 million.

She dated Spanish actor Ferran Vilajosana. They split after three years of their relationship. Currently, she is romantically linked with comedian and actor, Dani Rovira. She is fluent in English and Spanish too.

She won Goya Awards nominations as a Best New Actress (Mejor Actriz Revelación), for the 2002 hit movie, Carol's Journey. Moreover, she bagged Shooting Stars Award by the ICAA for the European Film Academy and the Berlin International Film Festival in 2011 for her role in the film The Hidden Face.

Mother of twins, Elizabeth Alvarez is a sexy and adorable Mexican actress. She has appeared in the movies like La Vulka and Liliana.

Maureen Ann Collins popular Mo Collins is an American actress and comedian.She is best known for being a member of the ensemble on FOX's sketch comedy series Mad TV.