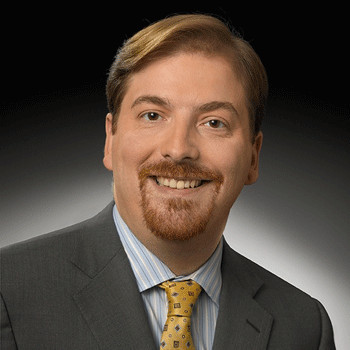 Todd spent her childhood in Miami,Florida and was born to Lois Cheri and Stephen Randolph Todd.He attended Miami Killian senior High School and later majored in political Science from George Washington University but did not graduate.

Todd birth name is Charles David Todd.He follows Reform Judaism religion and belongs to White ethnicity.His annual salary is about $750000.He is the co-author of How Barack Obama Won 2008 Presidential Election with Sheldon Gawiser.

Chuck married to Kristian Denny Todd.The couple had a daughter and son named Margaret and Harrison respectively.Her wife is the co-founder of Maverick Strategies and is also a communications professional.

He was honored by Doctor of Humane Letters degree from Marymount University for his work in journalism.In 2009 and 2010 he was awarded with News & Documentary Emmy Award for his outstanding coverage of breaking news.

Chuck was rumored to cover the knife fight for donors between Jeb Bush and Chris Christie.