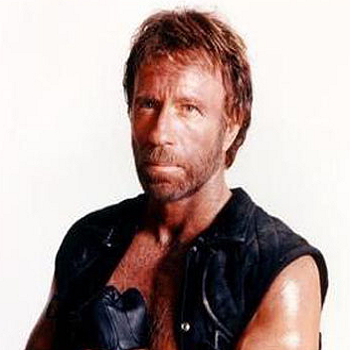 Norris was born in Ryan, Oklahoma, United States of America. His parents are Wilma and Ray Norris. His father was an Army Solder in World War II. He was named after Carlos Berry, his father's minister.

Norris is well known for his beard, his red hair. He is usually found in action movies. When filming a martial arts fight, he is found doing a roundhouse kick.

Norris had a long married life with Dianne Holechek almost for about three decades. They together had three children. He again married Gena O'Kelly on 28 November 1998. They also have two children.

Commandant Gen. James T. Conway made him an honorary United States Marine during a dinner. He is also honored with the title honorary Texas Ranger by Texas Governor Rick Perry.

It is believed that he trained with Bruce Lee.