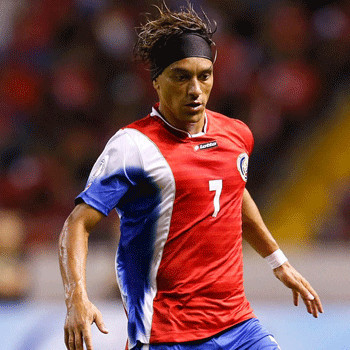 ...
Who is Christian Bolanos

He began his professional playing career at Deportivo Saprissa in 2001 and he had graduated from its academy. He has an older sibling named Jonathan Bolanos, who now is a retired football player.

He has never reveled his personal love life in front of media and other sources so there is so such exact information about him dating someone or getting married. We can only assume that he is yet single.

Since his debut in 2005, he has earned 60 international caps and played at two FIFA World Cups. He made his debut for the senior national team in a May 2005, a friendly match against Norway.

Rumours are circulating on media that Nottingham Forest is interested in Bolanos and sign a contract this summer.