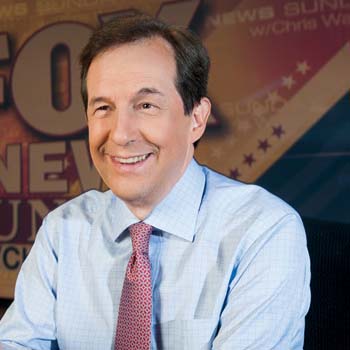 ...
Who is Chris Wallace

He was born on 12th of October 1947 in Chicago, Illinois, United States on the laps of Norma Kaphan and Mike Wallace. He had one brother named Peter Wallace.

He is the father of seven children and four of this children were from this previous married life. He is the one and only host and moderator of Sunday political talk show.

He was once married to Elizabeth Jane Farrell but it was unsuccessful as it ended in a divorce. He is now married to Lorraine (Martin) Smothers.

He is the winner of Emmy Awards.

He lost his brother in 1961 in some mountain in Greece.