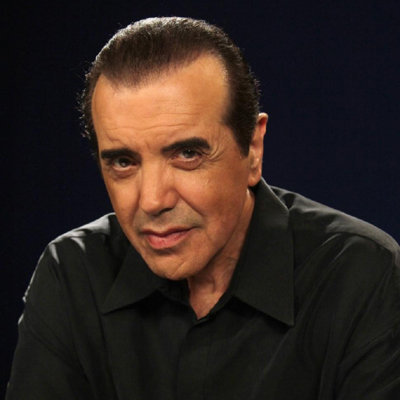 ...
Who is Chazz Palminteri

He was born in The Bronx, New York City as a son of bus driver Lorenzo Palminteri (Father) and Rose Palminteri (Mother).He joined DeWitt Clinton High School but later got transfer to Theodore Roosevelt High School.

He is a Italian-American with a Gravelly Voice.He also used to bounce at The Lime Light.He also became a long hair lead singer for a band.

Regarding to his personal life, he married a women,Gianna Ranaudo whom he choose as her wife after seeing her for first time.This couple also got two children a daughter Gabriella Palminteri and a son Dante Palminteri.

IN his career he was nominated for various awards like Oscar Award, Chicago Film Critics Association Awards, Screen Actors Guild Awards and won many like Independent Spirit Awards, Indie Hero Awards, National Board of Review Award and so on.