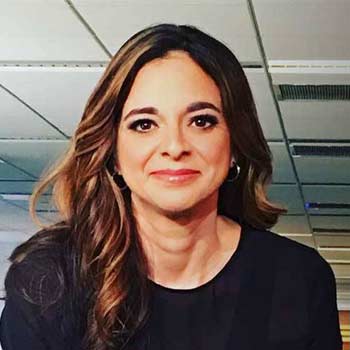 She is the daughter of Cuban immigrants. She received her degree B.A English literature from Florida State University, where she was a staff writer for Florida Flambeau. Prior graduation, she published a piece on women's rights for a sociology/anthropology journal. She later earned M.S degree in English Education from Nova Southeastern University, while working as adult education and Spanish teacher.

Since 2000, Areu has been a remarkable contributor with interviews for The Washington Post Magazine, depicting the well known and influential political figures in U.S. politics, for the column "First Person Singular." Her interview subjects have included First Lady Laura Bush, Speaker Nancy Pelosi, Senator Al Franken, and Secretary of State James Baker. Apart from that, she is also a founding member of CATALANA Magazine which she founded in 2001. She has not talked about her career earnings. According to some online sources, she earns around $55k-$65k annually.

She is not very open about her affair and relationship. To date, there is no any news in the media about her boyfriend, husband, children, and dating history. Aside from her career, she loves traveling and enjoying hanging out with her friends. She also has a cat which is of 'Snowshoe' breed.

Any kind of rumor has not affected her professional as well as personal life.