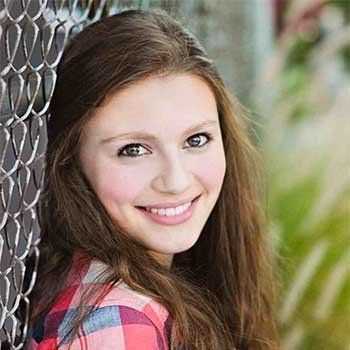 ...
Who is Carrie Wampler

Carrie was born to Chris and Holly Wampler in Tipp City, Ohio. She is homeschooled. She began acting at the age of eleven. She has 2 younger siblings: Phillip Wampler and Christina "Cricket" Wampler.

Carrie was formerly a Candy Striper at St. Joseph's Medical Center in Burbank, CA. Her family moved her out to Hollywood to pursue acting when she was 12 years old. She regularly volunteers for Third Thursday at Children's Hospital Los Angeles.

Carrie lives in Los Angeles, CA with her family. Carrie has always had a passion for writing, and plans to pursue a career in screenwriting, along with her acting. She is an avid runner, reader, and fashionista

Though Carrie was known for her role as Brooke, she has not earned any award till date.