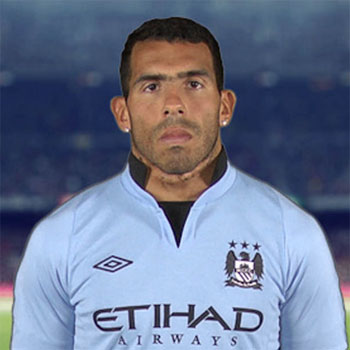 Born in Ciudadela, Buenos Aires Province, and grew up in the heart of Ejercito de Los Andes. At age 16 he started his playing career from Boca Juniors and later transferred to Corinthians.

Carlos has a jaw-dropping net worth of $28 million and his annual income is $16.3 million. He has got burn scar from right ear to chest after burning in boiling water. Previously he has played for the clubs like West Ham United, Manchester United, Manchester City, Juventus to name few of them.

Carlos is the father of two children Florencia and Katia with his wife Vanesa Mansilla. Previously, he was in an explicit relationship with Brenda Asnicar.