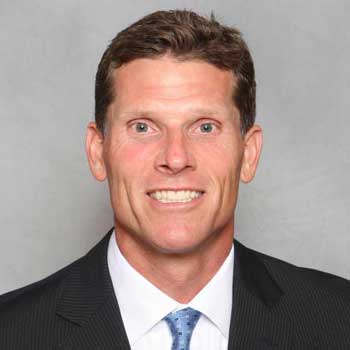 ...
Who is Brent Venables

Venables was born to Nancy Schumaker on December 18, 1970, in Salina, Kansas. He is of American nationality and his ethnicity is white. Grew up with the huge passion of football, he attended Kansas State where he played as a linebacker for the team under Coach Bill Snyder. He later became an assistant on Snyder's staff at Kansas State. He has played for Garden City CC before playing with Kansas State University.

Through his amazing coaching skills, he is receiving an annual salary of $1.7 million. His total salary boosted his net worth.

Venables married his long-term girlfriend Julie Venables after having an affair with him. His wife Julie received B.SC nursing degree from KSU and worked as a registered nurse at Memorial Hospital before quitting her job to be a full-time mom. The couple shares four children two daughter Laney and Addie, and two sons Jake and Tyler.

For the nation's top assistant coach, Venables was honored with Broyles Award in 2016.

Venables has always maintained an admirable image in his professional as well as in personal life with a respectful reputation.