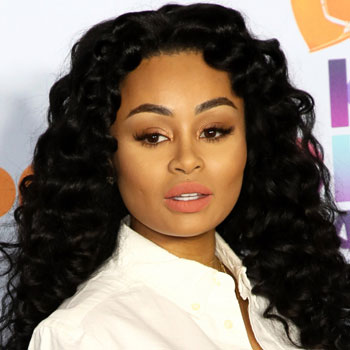 Blac Chyna was born as Angela Renee White. She attended Johnson & Wales University in Miami. Later on, with the keen interest in the modeling field, she went to JLS Professional Make-Up Artist.

She is a former exotic dancer who served at popular Miami club. She made her appearance in Nicki Minaj and Kanye West's music video Monster. She has accumulated a fortune amount of money after being involved in multi professions. Her current estimated net worth is $4 million. According to Heavy.com, she makes $12,000 for her public appearance. Also, she was paid $5 million for her appearance in the E! series Rob & Chyna. She has made a collection of several cars on her list, Bentley, Ferrari, and Mercedez Benz.

Chyna dated high profile personalities, rapper Tyga and Rob Kardashian. She shares a son, King Cairo Stevenson with Tyga and daughter, Dream Renee Kardashian with Rob. After splitting up with Rob, she was linked in a romantic relationship with Mechie. She is currently dating an uprising rapper YBN Almighty Jay. She has inked tattoos on several part of her body. Besides her career, she modeled on the covers of magazines like Dimepiece, Straight Stuntin, and Black Men's Magazine.

From an ordinary lady, she has, well, established herself as a renowned celebrity. She has been walking different paths with equal aplomb, model, entrepreneur, and fashion expert. Well, her success is not less than an award. However, there is no official award accounted on her name.

She was rumored to be dating 18-year-old hip hop artist, YBN Almighty Jay. The rumor was confirmed when the duo was spotted out on a date in Studio City, and Chyna herself revealed the truth. During her break-up season with Rob, he posted her nude photos on social media for which Chyna obtain a temporary restraining order against him. In February 2018, the sex video of her performing an intimate act was leaked on Twitter.

An American TV actress, model, film actress and designer who apperaed in the cover of Vogue, Elle, Marie Claire and Playboy. She is also founder of Susan Holmes Swimwear.