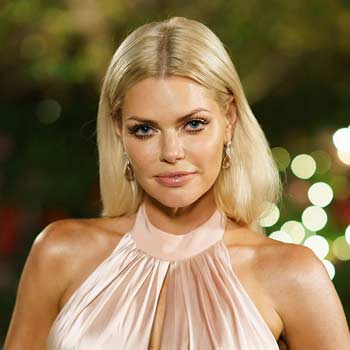 She trained in a classical opera as a child and later responded to an advertisement for the talent show, Popstars, which led to the launch of her career. She was also worked as a Marilyn Monroe impersonator at Warner Bros. Movie World on the Gold Coast.

As a successful actor, she appeared in several films and television series, Monster, Pool Guys, London, Hard Breakers, Life Blood, Blood Feast, Popstars, Accidental Heroes, Love Island Australia, and The Choice. Her music video 'Always' was released in 2004 along with the Blink-182 American rock band. Through her career earnings, she has maintained a pretty amount of bank balance. She is reported to be enjoying the net worth of $6 million as per The Richest in 2018.

She was the partner of Stu Laundy, winner of The Bachelorette Australia 2017. The duo started seeing with each other after the final episode of the reality show, The Bachelorette Australia in 2017. The relationship between them did not go too long. Their relationship ended in January 2018 in Canada. She announced her split up with Laundry via her Instagram. Previously, she dated businessman, Jimmy Esebag (2011), Benji Madden (2006-2008), Sam Worthington ((2013), Russell Simmons ((2009), Kevin Connolly (2010), and John Diaz (2009-10) as well.

She was rumored to be having an affair with Joe Francis and several other A-listers Hollywood stars.