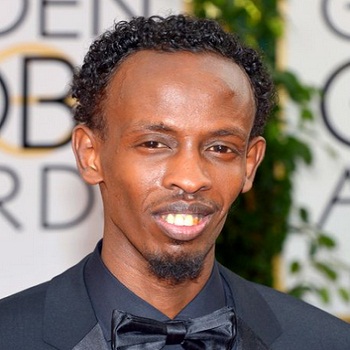 Barkhad Abdi was born on April 10, 1985 in Mogadishu, Somalia. When civil war begun in Somalia , he along with his family move to Yemen then relocated to Minneapolis, Minnesota and attended Minnesota State University Moorhead.

Captain Philips was his first movie before that he got no career as an actor. He witnessed Civil war in Somalia.He was a Rap sheet too.

There is no information about his wife and children. He is one of the four children. He has two brother and a sister.

He was nominated as a best Actor in a Supporting Role at the Academy Awards, Golden Globes and BAFTA, the latter of which he went on to win.