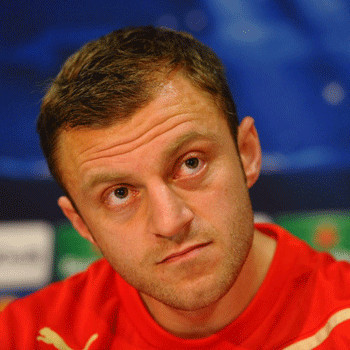 ...
Who is Avraam Papadopoulos

He was born in Melbourne, Australia from Greek Parents. He used to play as a striker or attacking midfielder for Aris when he was 17 years old. He professionally debuted from Aris in 2003.

He is very versatile player having good possession of ball, defensive and with good tackling skill. Despite of all of this he sometime get reckless which leads him to get yellow cards.

Regarding his personal life he is a married man. He has been recently married to love of his life, who has been his girlfriend since few years back and the couple are living happily.

He was the part of Olympiacos when the team won Olympiacos Greek Football Cup thrice in 2009, 2012 and 2013. Individually he is awarded with Super League Greece Greek Footballer of the Year 2010–11.

After 5 years at Aris, he refused to elongate the contract with the club and he joined at Olympiacos which made Aris fan furious and he was pronounced as traitor to the club.