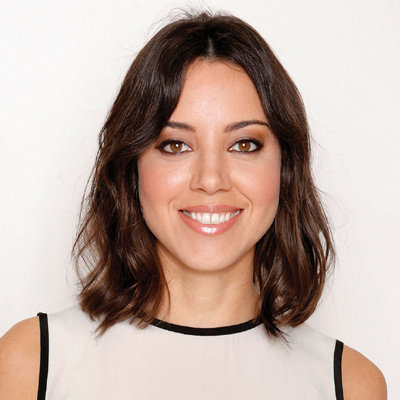 Born as Aubrey Christina plaza to Attorney mother and Financial adviser father, had attended and graduated from New York University's Tisch School of Art in 2006. She began her acting career from Upright citizens Brigade Theater.

She got her name from the 1970's song "Aubrey"by pop/rock band bread. She had done her voice work for the Greek President in the animated movie Monsters university. She was once suffered from stroke.

Big, expressive and dark brown eyed actress is in a relationship with writer and director Jeff Baena. She has two younger sisters, named Renee Plaza and Natalie Plaza and Bernadette Plaza and David Plaza as her parents.

She is the winner of ALMA Award for Favorite Movie Actress Comedy/Musical and Young Hollywood Award for Breakthrough Performance for Safety Not Guaranteed and many others nominations.

There is no any rumors on her.