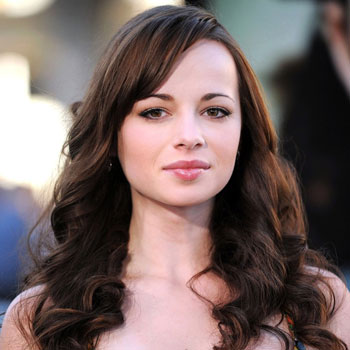 ...
Who is Ashley Rickards

She completed her high school when she was fifteen.Upon graduating, she appeared in the number of minor roles and finally in 2010; she appeared opposite Jimmy Smits in an episode of the legal drama, Outlaw while she also auditioned for the lead role in the MTV series Awkward.

Besides her acting career, she appeared in several music videos which include The Fray's "How to Save a Life," The Format's "She Doesn't Get It" and M83's "Claudia Lewis." According to Celebrity Net Worth, she has a whopping net worth of $2.5 million. She has body measurements of 34-24-34 inch. She also appeared in SUBWAY commercial.

Ashley Rickards is unsocialized to the media regarding her private life. Previously, she was in an affair with actor Casey King and musician, Tom Cole. Besides her acting career, she is also a social activist, and in 2011 helped to launch the Project Futures Somaly Mam Foundation, which serves to protect and end human trafficking and sexual slavery in Southeast Asia. She also penned a book A Real Guide to Getting It Together Once and For All, which was published in March 2015.

One of the brightest name in the Showbiz, Ashley Rickards won the Reel Frontier Special Jury Award, for her performance in Fly Away in 2011. Moreover, she also earned the nomination for Critics' Choice Television Award for Best Actress in a Comedy Series.

According to current sources, she was rumored for her links up to her co-star Beau Mirchoff. As both shares their pictures on the social media account.

The former member of Grammy award winning R&B group Destiny's Child, LeToya Luckett is an American singer, songwriter and an actress who received the wide range of recognition with her solo song 'Torn' which ranked The BET's top ten countdowns.