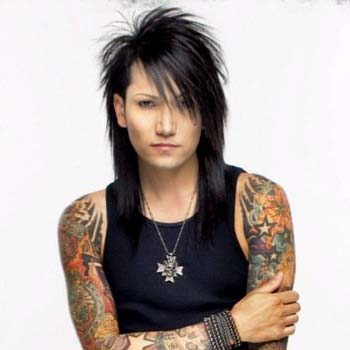 He was born in 1984 in Berger, MO, United States of America. He shares his birthday on 28th of January. He was raised by his grandparents.

During his early days, he was the member of several smaller bands. He became the member of Black Veil Brides since 2006. He is also the backing vocalist of his band.

Though Ashley is now in his early 30s, he is still living a single life. Till date there is no any information about his love life.

He has once been nominated in Kerrang! Hottest Male Award.

He is also a graphic designer.

An American native Marshall Trenkmann is popular in the world for being the loving husband of a Mexican actress Karla Souza.