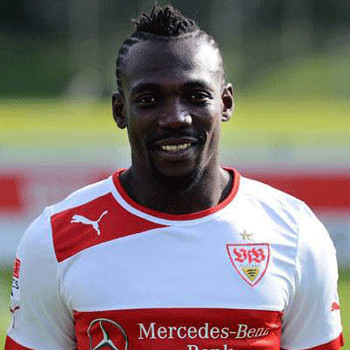 He was born in Abidjan, Ivory Coast. He started his youth career by after successfully completing trial for his hometown club ASEC Abidjan. He graduated from the academy and in 2002 he moved to a Belgian club K.S.K. Beveren.

He is very popular for his lightning pace and for that reason he is considered as one of the best defender of the world. Because of his attack minded play he is nicknamed as "The African Roberto Carlos".

Regarding his personal life, no information regarding if he is married or he is single or whom he is dating nothing has been disclosed. It seems like he is more concerned about his football career.

Talking about his achievement he has been honored with many awards. With K.S.K. Beveren he has been given Belgian Cup runner-up: 2003–04 title, With VfB Stuttgart he has been awarded with Bundesliga winner: 2006–07.

He was greatly criticized when he reached finals of Africa Cup of Nations in 2006 and 2012 but both time his team was beaten.