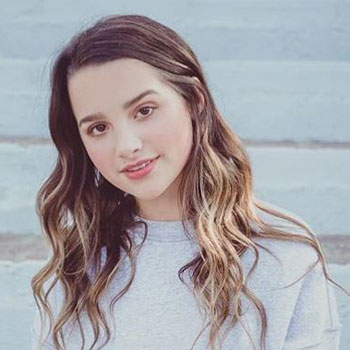 ...
Who is Annie LeBlanc

Before musical.ly, she started YouTube channel called Acroanna, where she posted gymnastics meets and tutorials. Hayley Noelle is her younger sister. Her older brother, Caleb LeBlanc passed away in October 2015 due to Hypertrophic Cardiomyopathy.

She released a music video alongside with Hayden Summerall in 2017 which was a cover of the Alex & Sierra song "Little Do You Know." The video has more than 4 million times within 48 hours. She has over 5.3 million followers on her Instagram account. According to some online sources, her net worth is approximately $500,000.

As she is just thirteen of her age, so there is no any question about her affair, boyfriend, relationship, or dating history. Currently, she is enjoying her single life and living elegantly. She is ambitious and extremely focused on her career.

For her professional achievements, Annie LeBlanc nominated for Shorty Award for Muser of the Year.

So far, there are not any drastic rumors regarding her personal and professional life.