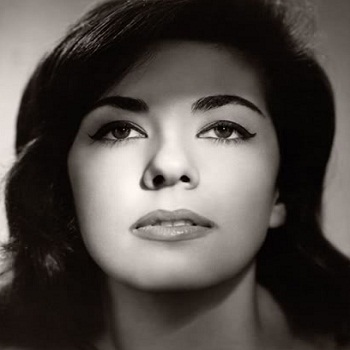 Anna Moffo was born in Wayne, Pennsylvania, as the daughter of Nicolas Moffo and his Regina (Cinti) Moffo. She studied at Philadelphia's Curtis Institute of Music and in Rome, Italy on a Fulbright scholarship at the Conservatorio di Santa Cecilia.

Anna was famous American operatic soprano of Italian descent. She has also enjoyed successful film career, not only of operas, but also of strictly dramatic films.

In 1957 Dec 8, Anna married Mario Lanfranchi and got divorced in 1972. Then in 1974 she married Robert Sarnoff but unfortunately he died of cancer in February 1997.

Moffo was awarded a Fulbright Fellowship and went to Rome to study voice, master the Italian language and train for opera. Though she hasn’t been able to bag any awards and hasn’t been nominated but was very popular.

In 1969 she caused a scandal in Italy when she appeared to be nude in a scene in the film "Una Storia d'Amore." In later years she insisted that she had not been totally unclothed.