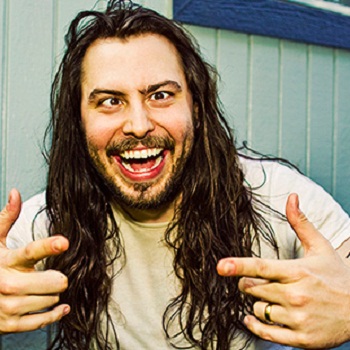 Andrew Fetterly Wilkes-Krier (born May 9, 1979) is an American music producer, singer, songwriter, multi-instrumentalist, entertainer and motivational speaker. He is popular by his stage name Andrew W.K.

Andrew Wilkes-Krier was born in Stanford, California, United States of America. He was raised in Ann Arbor, Michigan. He tool his classical piano class at the University of Michigan School of Music.

Andrew is a part owner of Santos Party House in Manhattan, New York City. He broke his right foot during a concert in Los Angeles, but continued to play concerts in a wheelchair.

Andrew has a romantic love life with Cherie Pourtabib. They married on 4 October 2008. He met her through their heavy metal voice teacher. They don't have any children yet.

Andrew has been nominated in various prestigious awards.