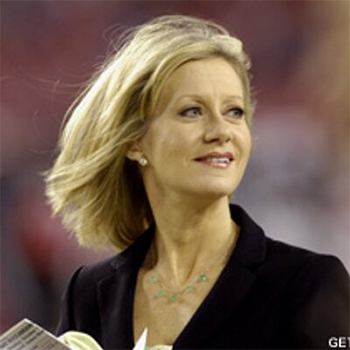 ...
Who is Andrea Kremer

Los Angeles Times has called "the best TV interviewer in the business of covering the NFL. Her net worth is approximated to be around $4 million.

Kremer is married to UMass Boston archaeologist John Steinberg, and has one son named William Steinberg. Kremer currently resides in Massachusetts with her family.

Kremer has received two Emmy Awards in her career (2001, 2005). She was also presented with the PRISM Award in 2005. She was also cited as “Best Female” sportscaster in P.O.V. magazine in a September 1997 poll.