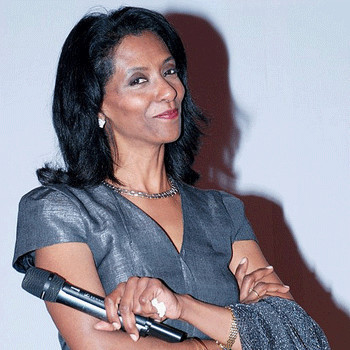 ...
Who is Zeinab Badawi

Badawi was born in Sudan and later migrated to Britain(London) when she was 2 years of age. She got her master's degree in Politics and Anthropology of the Middle East at School of Oriental and African Studies.

She is the first presenter of the ITV Morning News. She is 54 years of age. Badawi is one of the highest paid journalist working in BBC. She is of Black ethnicity and owns British-Sudanese Citizenship.

Badawi was married in 2000. She is the mother of 4 children 2 of which are sons and 2 are daughters. There have been rumors about divorce but as Badawi doesn't talk about her personal life in the public no one knows if it's true.

In 2009 Badawi was named as the international TV Personality of the Year in the annual Media Awards. She is the trustee of the British Council National Potrait Gallery. She is also the Founder and chair person of the Africa Medical Partnership Fund.

There have been rumors about Badawi going through a divorce. But this can not be currently confirmed because Badawi doesn't talk about her personal life in the public.